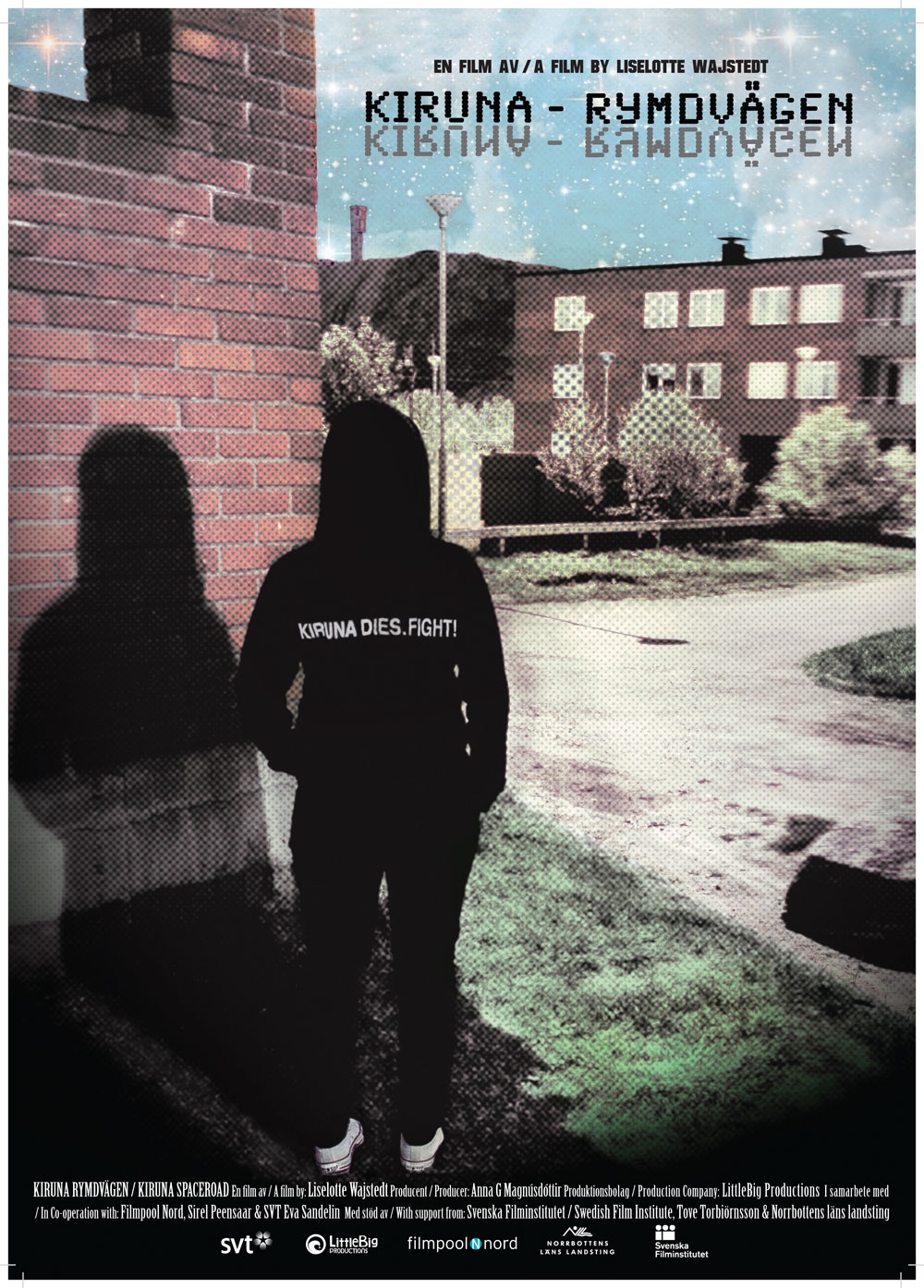 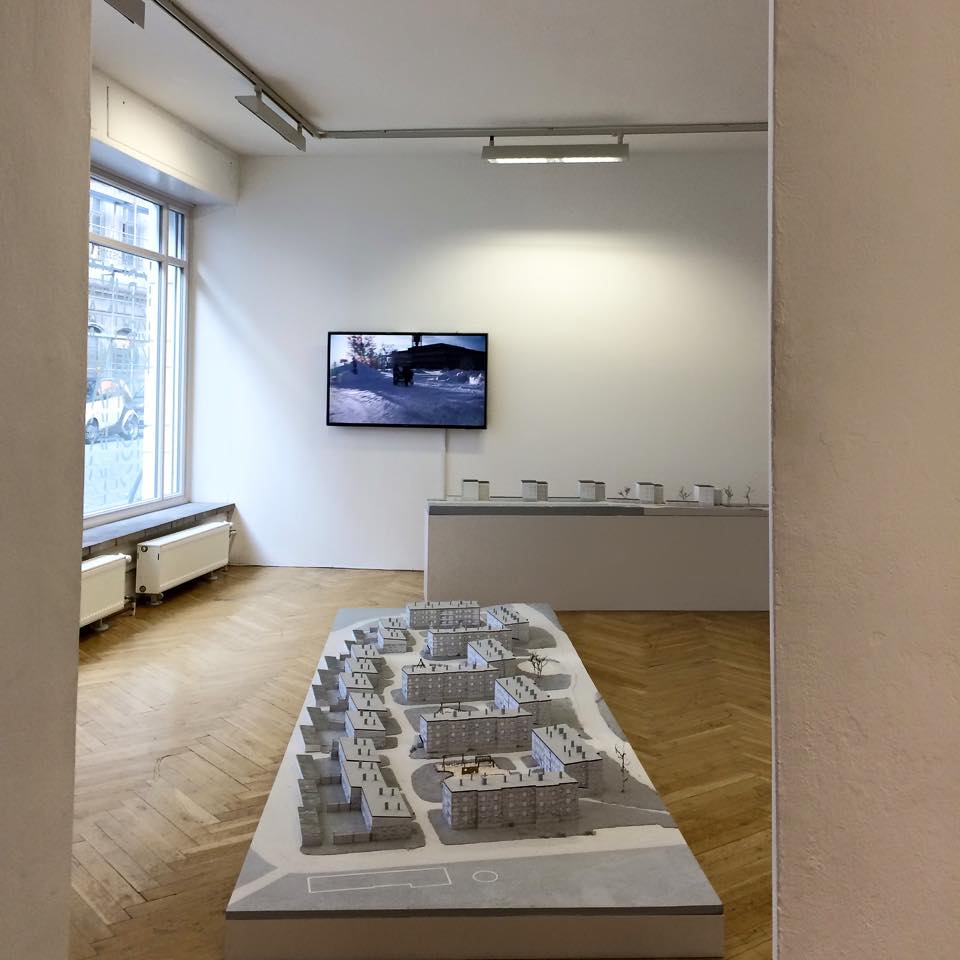 “Almost all my childhood memories are from this area, especially along Bromsgatan.
I do remember the daily routines. Every morning at five, my father got up and joined the current of workers on their way to the underground. Two hours later we children got up and formed our own current on the way to The Company School. Every night the houses shuddered from the explosions below. ”
The story is told on two levels, the documentary level of what goes on today which ends when the houses are being torn down. The animated part is about the memories of childhood in the area. The spreading cracks on the surface go through the story as a heartbeat.

Background
Kiruna was built in the early 1900s by the founder, and our hero Hjalmar Lundbom. Mine grew and strengthened Kiruna and soon was Kiruna a rich city. Finance prominent architects were invited and the city of Kiruna was built in the 50’s. It sprouted and bubbling with life and the future.
My father was employed in the then privately owned mine in the mid 60s. Later went to the mine to become publicly owned, and my father met my Sami mother, and they got me 1973.
We lived in LKAB’s own residential area closest to the mine. We children went to the companies school.
There was a recession in the late 70’s. Kiruna fought for their future and the belief.
On the walls were slogans written: ’Kiruna die, fight’
We children had to learn that in Sweden there were no classes, we were all equal.
In the late 80s and turned it Kiruna was again a ”Future City”. LKAB was strong throughout the 90-century and into the 2000s. Today in 2009, it is clear that the Company area threatens to collapse into, down into the underground because of ore mining in the mine.
Its passageways winding further and further into the city. LKAB has found a new bonanza that goes straight through the city and the fact is that Kiruna have to move.

The Art Project:
Kiruna – Space Road is also an art project. I have made a huge modell that can be exhibited together with some animated shortfilms or pictures.
The first exhibition I participate in is at Umeå Bildmuseeum KIRUNATOPIA 20 Juni – 28 Okt 2012. See the link:
http://www.bildmuseet.umu.se/utstallningar/2012/kirunatopia/ 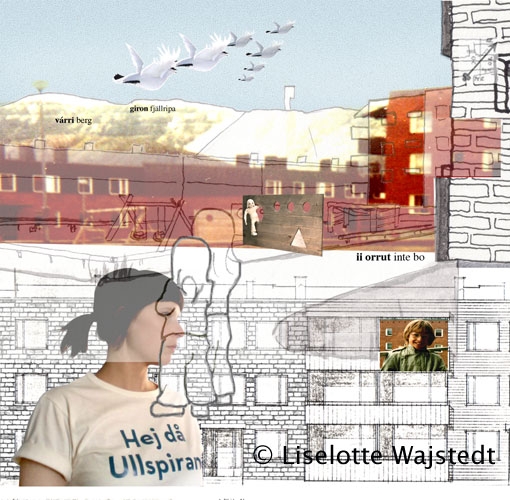 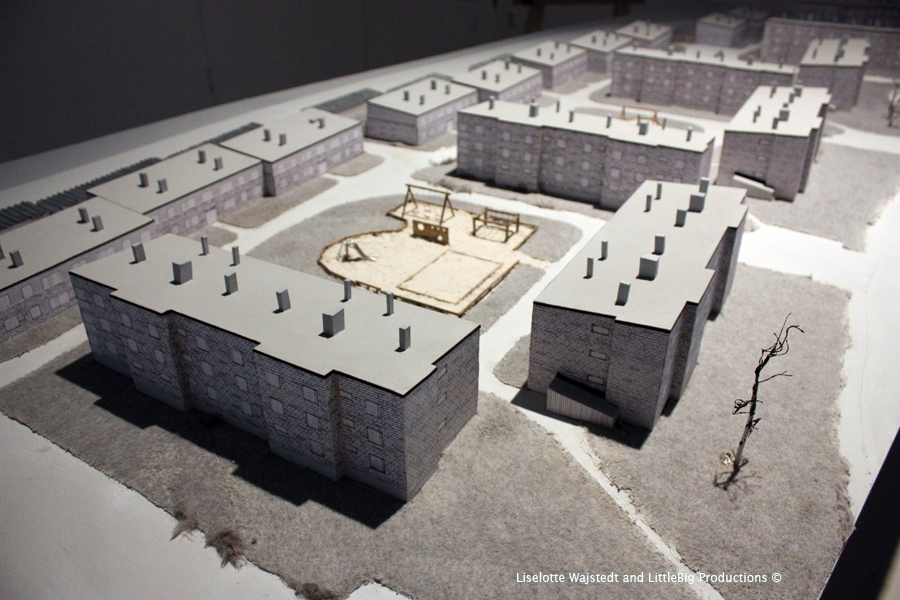 The videos and the still images of Liselotte Wajstedt explore the history and the future of the northern city of Kiruna. Given the imminent relocation of the entire city, due to the continued expansion of the mining industry, the key source of the city’s initial growth, Wajstedt’s works emerge as meditations upon the life – and death – of cities, of the intricate stratifications of past, present and future, played in people’s memories and fantasies as well as in the cityscape itself. (Text av Jan-Erik Lundström, Curator)

“When you walk near the walls of Marozia, it may happen, when you least expect it, that you see a crack , an opening through which you are offered a view of a completely different city, a city which, in the next moment has, again, disappeared. Marozia does consist of two cities; the city of the rats and the city of the swallows. Both take turns yet the relationship between them does not change; the second is the one which is being disentangled from the first.” Italo Calvino, Invisible Cities